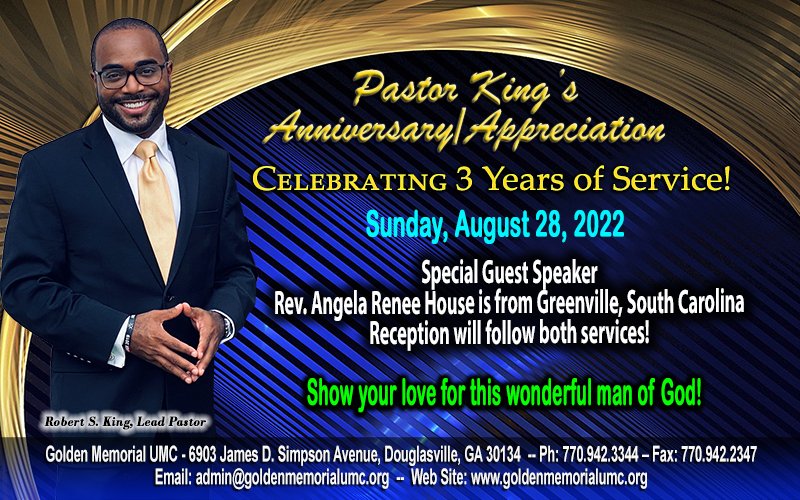 Sunday, August 28th is Pastor’s Appreciation Anniversary with Rev. Angela Renee as our guest speaker. See Ushers for special Love Offering envelopes and join us after each service for a reception!

About Our Guest Speaker
Rev. Angela Renee House is from Greenville, South Carolina. She is the only child of Thomas and Mary Johnson. Angela’s dream was to have a television show, like Oprah Winfrey.

She received her undergraduate degree in Mass Communications from Winthrop University. Following college, she attended Wesley Theological Seminary and Pfeiffer University, where she received her master’s in theology.